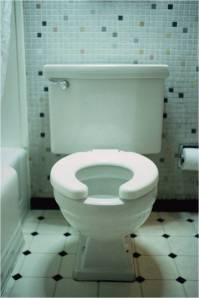 So there is morning sickness and then there is MORNING SICKNESS.  AKA Hyperemesis Gravidarum.  All-consuming, debilitating, depressing illness.  Make no mistake – they are not one and the same.

And due to a lack of real knowledge about either of these conditions, sufferers are subject to constant tips and tricks from well-meaning bystanders who may have no idea how serious this can be, especially in the case of Hyperemesis Gravidarum.

So based on my own experience, I’ve compiled a list of things NOT to say to women suffering from severe morning sickness.

1.  Try Saltines.  Unless the mother-to-be is lucky enough to only have a very mild case of morning sickness, Saltines do not work.  They do not help.  They do nothing but ensure that your next vomiting session includes the white salty goo that these turn into.

2.  Try Ginger.  Ginger does not work.  In my case, it makes me even more sick.  After investing in cases of ginger ale, ginger candy, and raw ginger, I quickly developed an aversion that led to nothing but waste.

3.  Try Sea Bands.  I really wanted these to work.  I really gave it a go.  Day in and day out with those little balls pressing into my wrists, leaving indentations and redness.  I will save you the suspense: they don’t work either.  Again, maybe for minor nausea, but for severe sickness – they do nada except mark up your wrists.

4.  Try Acupuncture.  I had high hopes for this.  Heck, if it is good enough for Fergie then it is good enough for me.  I went 4 times, and each time left as sick as I had arrived.  Once I even vomited on the way out.  Now, I will say that the acupuncturist and staff were extremely nice and caring – that was sweet – but as far as any actual relief, well, you know the story.  Did leave a dent in my wallet though.

5.  Try Hard Candies/Prenatal Pops/[Insert Other Consumable Product].  NOTHING like this works.  Nothing.  I have tried it all.  I did succeed in creating some new aversions for myself.  And in trying some new foods.  But none of it helped with the sickness.  And I was a bit offended that well-meaning advice givers were minimizing my all-consuming and debilitating illness to the point that a simple piece of candy or food could relieve it.

6.  It Will Only Last for 3 Months.  How the frick do YOU know????  That’s what I felt like saying every time.  There are certainly stories of poor pregnant mothers who are severely sick up to and even during delivery.  Even if the woman is lucky enough to find some relief after three months, how does three months of misery sound to you???  Imagine a hangover combined with food poisoning that doesn’t let up for THREE MONTHS.  My acupuncturist shared a true story with me: one of her newly-pregnant patients was suffering from some severe morning sickness.  Her not-so-compassionate hubby told her, ah don’t worry about it, it’s only for three months.  That same hubby woke up the next morning with a bout of food poisoning and, as men do, laid in bed all day whining and begging for help.  The wife, every so sweetly, told him “don’t worry Honey, it will only last for three months.”

7.  At Least it Lets Up in the Evenings.  For those living in the dark ages, “morning sickness” is a misnomer.  It does NOT only occur in the mornings.  Unfortunately some of us suffer all day and night.  I would literally wake up in the night to vomit.  When it is severe, there is NO period of relief.  So to imply to a pregnant woman that she has some hours of relief during the day can be completely false and once again minimize the misery she is going through.

8.  At Least You Will Feel Better Once You Vomit.  NOT TRUE!  If you are hungover and vomit, yes you will feel some relief.  If you have the stomach flu and vomit, again you will feel some temporary relief.  The sick joke that is morning sickness ensures that no matter how often or how violently you vomit, there is no temporary relief afterwards.  The nausea is still there as strong as before.  So all the vomiting does is make you tear up, bring up stomach acid, burn your throat, and make a mess.  The woman does not feel one ounce of relief afterwards.

9.  I/My Mother/My Sister/My Friend Never Experienced Morning Sickness.  Well whoopty-do for you.  That’s great.  Really, it is.  But it is not what I want to hear when I am doubled over and heaving into a toilet or sink.  Especially when it’s my 12th vomit of the day.

10.  Just Try Not to Think About It.  My usually-considerate husband had the audacity to mutter this to me one morning.  Lord help him.  You might as well just say “it’s all in your head.”  I promise you, it is not in my head.  I swear to you, if there was any way possible that I could focus on anything OTHER than being so ill, I would be the first one to do so.  Well-meaning advice givers, I can guarantee you, it is not in the mother’s head.  It is not a matter of simply not thinking about it.  It is a real and serious illness which has no cure and only questionable treatments.  Telling her not to think about it is simply ignorant and, frankly, not possible for her.  Do yourself a favor and keep this little tidbit to yourself.

11. [While in Mid-Vomit] Quick, Get Out of the Kitchen/Bathroom/[Fill in Location].  Newsflash: Once the vomiting has begun, it cannot be stopped.  You cannot simply move the woman to another room or away from the smell and expect the vomiting to stop.  That ship has sailed.  Instead, hold her hair, rub her back, comfort her, and help her clean up.  From experience, I can tell you that all you will accomplish by telling a vomiting pregnant woman to “quick – get out” is a pissed-off and exasperated monster who, if you’re not lucky, may decide to aim your way.

So what CAN you say to a woman who is going through the throes of morning sickness or, worse, Hyperemesis Gravidarum?  Nothing.  The key is not to talk.  Not to offer advice.  Just to listen.  Let her vent, let her cry, give her a hug, offer to lend her a helping hand, and check up on her often to see how she is doing.